Why You Make Poor Decisions 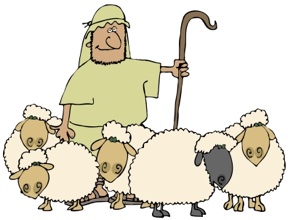 A couple of weeks ago on evening after eating dinner my wife asked me if I wanted to try out one of her fancy new tooth picks. In the great scheme of things toothpicks are not the kind of thing to get me fired up and as I was likely to be flossing later on, the spinach could stay where it was and I politely declined.

She didn’t want to let it lie though and kept pestering me to check them out. Finally and obviously exasperated by my lack of compliance she said;

“Well, Zoe Ball raves over them”

I pulled the top off one and started to play about with it was surprised just how good it was. It was more like a mini-toothbrush than a toothpick. It had little brushes on the end to really clean in between the gaps and it felt surprisingly pleasant.

Fascinated though I feel sure you are with my story of after dinner dentistry, this post isn’t really about toothpicks or eve Zoe Ball for that matter.

It is however, about the completely irrational thinking we all from time to time to help us make decisions. Often that irrationality has no real consequences, but at other times it can leave us shaking our heads and thinking;

“What the hell was I thinking?”

As far as I know Zoe Ball is not a trained dentist nor a dental technician. In fact I’m fairly sure she has no medical background whatsoever.  However, she is a very well known TV Presenter and radio DJ and is married to musician/DJ Norman Cook (Fat Boy Slim).

She is also seen as an expert  in her field and at the very top of her professions and that is the key to my bizarre decision making process.

I was a victim of the Halo Effect.

The Halo Effect is a cognitive bias that leads us to believe somebody’s expertise in one area naturally spills over to other areas of their life, even though there is no information to support that belief.

That and the desire to be like people we admire, are the main reasons advertisers pay huge amounts of money for the privilege of shoving a picture of a superstar next to their product.

They know that the Halo effect will make it more likely people will then want to buy that product no matter how tenuous the connection is.

Tiger Woods is a great golfer but is he really an expert on watches? Captain Kirk did indeed go where no man has been before, but does that really make William Shatner qualified to tell me who to book my vacation with? And does the fact that John McEnroe used to be a great tennis player that shouted a lot mean I should want to hire a car from the same rental company as he uses?

Of course the answer to all those questions is ‘No’ but in some respect that doesn’t matter.

Cognitive biases are working for the large part at a unconscious level, so if you don’t take a step back and remind yourself before you make a decision they will often make it for you.

Cognitive biases do have a positive intent though, they allow us to make decisions quickly (and for the most part accurately enough) without having to assess mountains of data every time.

On the other hand, they can be responsible for you making some terrible decisions seemingly on automatic pilot, and possibly the biggest culprit is social proof.

One of the most powerful behavioral forces you can be subjected to is that of social proof, or as it is also known, herding.  It influences hundreds of millions of people everyday in all sorts of situations and is used by all of us at times to short-cut the decision making process.

Imagine you are in a town you don’t know and fancy something to eat. As you walk down the street you spot two restaurants on opposite sides of the road. On closer inspection you see they serve similar food at a similar price. However, one is full to bursting and the other one empty.

All things being equal you’re almost certainly going to opt for the busy restaurant and this may be a case where you are right to do so. Although not necessarily. There may be other factors you are completely unaware of and that would be redundant in your decision making process if you knew of them.

It could be a large birthday party and all the people are together and have had the evening booked for months. Maybe there is a live band due to play and you really don’t even like live music.

Or perhaps it is social proof that got so full in the first place?

The first diners of the evening were doing what you were doing, but they had two completely empty restaurants to chose from. They eventually settled on the one that was on their side of the road.

Shortly after another couple walk past looking for somewhere to eat. Rather than sitting on their own they opt to join the people already eating. And so social proof is on the march for no other reason than some people couldn’t be arsed to cross the road..

Shortly after the death of Princess Diana, the UK went into social proof overdrive in a manner like I had never experienced before, nor since.

At the time I had a record store and we had immense pressure put on us by town officials to close on the day of the funeral. We resisted because none of us had any desire to watch the funeral, but as sign after sign went up on store windows round the town saying:

It became evident we were the only store without such a declaration and so we buckled to social proof.

And this is where the real reason for the power of social proof kicks in.

If you’re a huge Apple fan, the reason you have to buy the new iPhone on the day of release is because if you don’t you’re on the outside looking in, and that doesn’t feel good.

There’s no logical reason to getting a piece of new technology on the day it is shipped. In fact quite the reverse, there are some excellent arguments for holding back until they iron the inevitable bugs out

But logical arguments don’t matter to the Mac Boy or Girl. If they don’t get the phone immediately they are out of the new tribe.

And that feels threatening in exactly the same way as it would have done 20,000 years ago if you’d thought your place in your tribe, and therefore your life, was under threat.

The social proof surrounding Princess Diana’s death didn’t stop after the funeral either. When Sir Elton John released his new version of Candle in the Wind it went what I can only describe as fucking ballistic.

An average #1 record for use would shift between 30 and 70 units depending on the genre. The most we’d ever sold on the day of release was just over 100 for a Prodigy release.

To say everybody and their dog wanted a copy of Candle In The Wind was an understatement, because their dogs buddies wanted copies too.

We placed an order for 300 units and sold the lot on the first morning. At one stage my partner was stood on the counter trying to calm angry customers down as they were jostling each other to get to the now empty boxes.

Can you believe that in retrospect? People were pushing and jostling each other as well as aiming abuse at us (after we’d sold out) just because of a CD single.

That is the massive power of social proof and it’s ability to make the  most reasonable people act unreasonably.

It was social proof that drove the sale of cabbage patch dolls and pet rocks. Social proof was one of the reasons why so many normally conservative mortgage brokers thought selling sub-primes was less risky than it turned out to be.

And social proof is why most bigger blogs show you their RSS subscriber count. The theory being the bigger the number the more value you will place on their material and thus the more likely you are to subscribe.

Can you think of any decisions you have made that you now realize were based upon social proof?

Most people I ask this question claim they’re never caught out by it. A secret for you. Everybody gets caught up in social proof from time to time.

So come on fess up, did you really buy some M C Hammer pants or stand in line at midnight to grab your copy of Titanic on video, or do you even possess a copy of Candle in the Wind that you haven’t played since the week you bought it?

In the next post I’ll conclude this look at cognitive biases with a run down of some of the other ones you possess that can adversely effect your decision making process if you’re not aware of them.

Oh and by the way, I now have almost 5.6 billion subscribers to my newsletter. Don’t miss out on being one of the uber-cool kids, sign up now . In Decembers edition I’ll be dishing out some free stuff just to sweeten the deal.