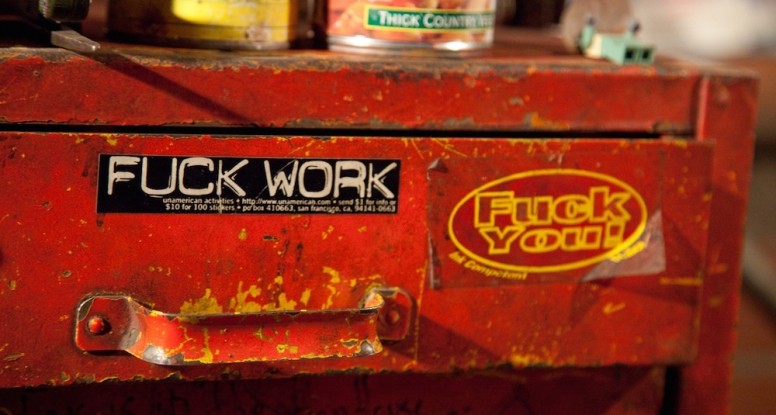 Why Should I Care What You Think?

I have had people (usually clients or other bloggers) say to be on many occasions something along the lines of:

“I wish I could do what you do with your writing and say what I think without giving a shit or worrying about offending people.”

I sad backhanded because usually, being told you don’t give a shit means you’re selfish and self absorbed, but I think (at least I hope!) in these cases it meant being authentic.

But it’s not true.

I do give a shit.

Upsetting People Is Not Fun

I really don’t like upsetting people and the thought of people taking my tongue-in-cheek humor at face value and thinking I’m arrogant and cocky makes me feel uneasy.

If it didn’t I wouldn’t have added ‘at least I hope’ in brackets above. That’s my way of saying, “I’m not being arrogant here and saying, look at me, aren’t I great?’

When I got fired by a client a few weeks ago I hardly slept that night.

I know (and tell other coaches I’m training) at an intellectual level that if we’re not getting fired from time to time then we’re probably not truly pushing our clients hard enough.

As it’s only ever happened to me twice in 10 years.

So maybe I have backed off on occasions because I didn’t want a client to think I was being a dick or dislike me?

If you asked me how good I think I am as a Life Coach, I would reply, ‘I don’t know anybody who is better’

If I didn’t care about what other people think I’d stop right there.

But I do, so I feel compelled to go on and explain what I mean because you may think I’m claiming to be the greatest Life Coach in the world.

I’m not, it’s just that I haven’t seen that many coaches work, other than newbies on Coach The Life Coach, as such, I genuinely dont know a better coach.

I’m so fucking passionate about what I do that I’m never ‘off’’.

And the reason is because if I didn’t think I was excellent, then I shouldn’t be doing it.

I have to think that.

Otherwise I’d be referring potential clients on as I do when anybody comes to me with help on time management or productivity issues. I suck at both.

That is something called performance arrogance – and it’s often a good thing.

His last book doesn’t hold back on telling you about all his massive achievement and he isn’t shy about saying most people have it wrong when it comes to wealth creation and success.

He’s also a (seemingly) shy, self-effacing, honest and genuinely nice and sincere guy. Or at least that what comes through from his writing.

In other words, his performance arrogance doesn’t transfer into social arrogance. He’s not an arrogant person per se.

I dropped my brand new copy of his latest book in the bath literally 5 minutes after starting to read it.

The worst part is I did it as I was getting out so it didn’t even realize for a minute or so. It didn’t get a bit wet, it got soaked and there was ink in the bath water!

I tweeted about my fate and included a picture of the very sad looking book and James immediately responded to say he’d personally send a new copy – which he has.

How awesome is that?

When peoples arrogance doesn’t have boundaries they don’t usually don’t do things like that, because they don’t really care what others think of them.

Caring what others think of us can be a good thing in small doses and when it is reserved for people who actually know and care for us, and most importantly, when it isn’t causing you emotional harm.

When Caring Can Be A Bad Thing

It becomes a bad thing when we reluctantly go to Medical School because we worry our parents will be upset if we chose culinary school.

Or when we don’t start our own venture because we don’t want to let the super nice company down we work for and who’s business we could easily take.

Or even when we stay in a draining relationship because we don’t want the family of our partner hating us for causing a split up.

Even minor things like refusing to go to the Mall without make-up on, in case, heaven forbid, you see somebody you know.

Not offering a contrary opinion when you feel strongly about something because you think people will be irritated.

Or ordering the second cheapest bottle of wine on the list so that the waiter doesn’t think you’re cheap, are all examples of letting other peoples opinions dictate your actions.

Caring too  much and too often what others think about you can cripple you.

It can stop you reaching your potential, it can cause mental anguish and it can lead to low self-esteem and the constant need for external validation.

The other day I was getting ready to go to the gym and was putting my kit on.

As I went to take my beige socks off to put some white ones on to match my sneakers, I thought, “What am I doing?”

I’m about to change my socks that are functioning perfectly well and doing all their socks good stuff because I think others may look at me and judge me as a sad-sack middle aged dude who no doubt wears socks with his sandals and has his belt buckled round his navel.

“Fuck it”, I thought and left then on.

I didn’t notice people staring aghast at my socks.

I didn’t see people rolling on the floor in hysterics, texting their friends to come and look and I wasn’t arrested on leaving for crimes against fashion and good taste.

It felt kind of good.

Even though ‘fuck’ is one of my favorite words and I use it in most blog posts, it’s never to offend.

It’s because I write very stream of consciously (which is why my grammar sucks!) and it’s usually to highlight a point or for comedic effect. In the same way I would if I were talking to you as a friend over a beer or coffee.

But it doesn’t mean I don’t care if somebody gets offended when they land on my blog not expecting a Life Coach to be so in their face and unorthodox.

It just means I’ve pushed through that caring so that I can be a bit more me than I would be if I were constantly censoring myself.

I also realize that  taking offense is a personal choice and not something imposed upon you by others.

I pushed through caring what people thought about me when I wrote about gay rights. I did it again when I spoke of my concerns about patriotism/nationalism and the negative consequences.

And other times when I have admitted to being anxious, taking party drugs in my past, being broke and being bitten in my testicles by a doberman puppy.

None of those are very Life Coachey things to write about, are they?

But they are all part of me.

I don’t want you to be self-centered and never give a shit about peoples feeling. The world wouldn’t be a better place if we were all like that.

However, sometimes you have to stop, close your eyes, think of what is best for you in your life – irrespective of what others think.

Then if it doesn’t cause harm to others or risk ruining your life, just fucking do it!

The people who care for you will still care for you, even if there is some initial turmoil. I have no idea what the other 7 billion will think.

However, I do know you will have more respect for yourself, more confidence that the world doesn’t stop revolving if you’re trying to please everybody and you will probably be far more successful and downright happy.

If this post with its bad language has offended you.

I’m sorry, but I’m not going to change so just move right along.