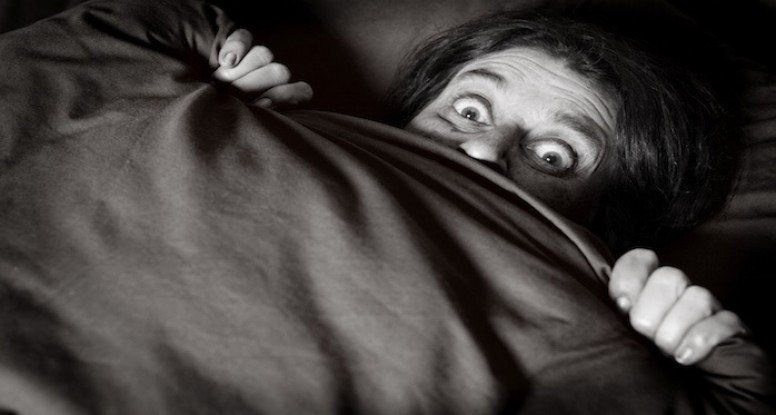 What Is Social Anxiety? And 7 Ways To Cure It

According to the Anxiety and Depression Association of America about 15 million adults in the US suffer from social anxiety.

I say that’s a total crock of shit.

In my rather arrogant opinion, it’s way, way, higher.

You may think that it’s highly arrogant of me to suggest a professional body that’s only purpose is to study anxiety can get it so hopelessly wrong.

But bear with me, and see if you agree when I explain what social anxiety actually is.

I have talked before that I was diagnosed with GAD (generalized anxiety disorder) way back in my early twenties and it’s something that I have to manage as I doubt it will ever truly be gone for good.

I probably developed my GAD from modeling my mum, because looking back she obviously had it too. I have memories of severe anxiety as young as 9 or 10 and that’s over 40 years ago.

To begin with, when I was initially diagnosed I took the traditional method of medication and that worked incredibly well…..for a short period of time.

The problem with anxiety, is that the best medications (for most people) to treat it are the group of drugs called benzodiazepines.

This classification of drugs includes Diazepam (Valium), Lorazepam (Ativan), Clonazepam (Klonopin) and Alprazolam (Xanax) and can be valuable in not just treating anxiety, but also insomnia and alcohol withdrawal.

However, there is one problem, and it’s a big fucking problem.

Actually scratch that, there are two massive problems with benzodiazepines.

Firstly, they are highly likely to lead to dependency if taken consistently for longer than about 4 to 6 weeks.

Not only that, but the body soon adjusts to the initial dose and requires more and more to attain the same effect.

That sounds like I’m contradicting myself, but what I mean is, when it comes to anxiety specifically, they just mask the symptoms and don’t cure them.

Not only that, but often the symptoms will return more intensity when the drugs are removed. Unless  that is, other measures have been taken concurrently.

I have since opted for meditation, exercise, breathing techniques and reframing negative situations rather than a lifetime taking medication that will inevitably lead to addiction.

What Is Social Anxiety?

Rather than give you my opinion of what social anxiety is I’ll quote directly from the Social Anxiety Institute website.

Social anxiety is the fear of being judged and evaluated negatively by other people, leading to feelings of inadequacy, inferiority, embarrassment, humiliation, and depression.

If a person usually becomes (irrationally) anxious in social situations, but seems better when they are alone, then “social anxiety” may be the problem.

Think about it for a second.

How many people do you know who aren’t bothered about being judged?

After that I’m struggling.

And if it bothers them, then by definition that must mean at least one of the above symptoms comes into play.

Would You Rather Be Dead?

When surveys are done on what people’s greatest fears are, guess what almost always comes out on top?

There was one survey that put public speaking at number one and death at number seven, which lead to an awesome joke from Jerry Seinfeld when he astutely pointed out that most people at a funeral would rather be in the casket than giving the eulogy.

The fear of public speaking is classic social anxiety and if the Anxiety and Depression Association of America’s figures are correct, that means just over 19 out of 20 people in the USA are happy to give a talk in public.

I think it’s closer to flip those figure and say 19 out of 20 people would be anxious at the thought of standing up in front of 100 people and giving a talk.

When you look at it like that, perhaps my figure of 100 million is actually a conservative estimate?

If you are scared of speaking in public, then you have social anxiety.

If you get anxious at the thought of going to a party where you don’t know anybody, then you have social anxiety.

If the thought of of meeting a person of authority worries you, then you have social anxiety.

If being watched while you undergo a task, even something benign as eating, makes you highly uncomfortable, then you have social anxiety.

How Do We Deal With Social Anxiety?

I have worked with, and helped a lot of people overcome social anxiety, including myself.

Ten years ago the thought of delivering training to other Life Coaches would have either had me reaching for a vomit bag, needing clean underwear, or both.

Now I do it every weekend and I don’t have any nerves whatsoever.

Actually, that isn’t entirely true, I get mild butterflies for the first session of each new course, but they disappear within 5 minutes of kicking off.

I have mentioned some of the methods I have used, but here is a more in-depth look at 7 methods you can use to help you deal with social anxiety if you think you suffer from it.

Possibly the best decision I have ever made for the sake of my mental health was to take up meditation.

Meditation forces you to sit with your emotions, which can be scary for many people.

Most people use busyness to try and ignore negative emotions, but they are still there ready to pop up when you least want them – such as when you are trying to sleep.

Meditation isn’t a quick fix any more than going to the gym is a quick fix for getting fit – it takes times.

It’s highly worth it though. If you want to know more about meditation you can check out my monster post (it’s 13,000 words long) called ‘A Beginners Guide To Meditation’

I’m not going into detail to explain what it is here because you can read my 2 part post I wrote for Coach The Life Coach on anchoring and how to use it.

What I will say is that anchoring can help you change your state very quickly.

It’s used a lot by public speakers and can help you move from nervous to confident in a matter of a couple of seconds.

It’s not appropriate for long-term change, but very useful for a short burst of confidence.

Cool, so let’s do it properly.

If you’re anxious then you have lost control of your breathing, probably without even realizing it.

Anxiety will quicken the breath as well as making it shallower. In other words, you will be breathing from your upper chest rather than from lower down.

Slow your breathing and make sure your belly is moving first so that you are breathing from your diaphragm.

Then make your exhale about 50% longer than your inhale.

This in all probability won’t remove the butterflies, but it will give you back control and in a public speaking type of situation you are now far less likely to vomit on the front row.

Not literally, you have a lovely body so don’t worry you won’t need surgery.

They tend to try and shrink their body by hunching their shoulders lowering their head and even putting their arms in front of their chest in certain circumstances.

Unfortunately, this sends a message to the brain that, “I’m shitting myself and don’t want anybody to see me”.

Opening the chest and standing upright does the opposite and sends a message to the brain that, “I rock and can deal with anything”.

I know it’s not easy and feels unnatural, but it works so do it and feel the change.

Some of the research on visualization is simply stunning.

Did you know that people have added muscle mass by visualizing working out?

Not enough that you can use that as an excuse to take the option of lying on the bed rather than going to the gym, but that’s hardly the point because it demonstrates the power of something so simple.

Most people with social anxiety use visualization.

Sadly though, they visualize the shit hitting the fan, the ceiling and everybody within a 2-mile radius.

If you imagine things going badly, then guess what?

Yep, you have just exponentially increased the likelihood that things will go tits up and your worse fears will be realized.

Visualization trains the brain to have certain expectations and your brain likes (whenever possible) to deliver what you expect.

It also create new neural pathways, and it’s way better having a pathway of you dealing with things in your stride than one of you turning into a blubbering wreck unable to speak or move.

I can’t be arsed to reinvent the wheel because wheels work really well.

So if you want to know what reframing is and the amazing power it has to offer, you can read ‘What Is Reframing?’.

I’m not going to go into detail with these two otherwise we’ll both be here all day, but I will add a couple of things.

Neither are anything to be afraid of.

Hypnotherapists can NOT make you do anything you don’t want to do.

No matter what some people will have you believe you won’t turn into a clucking chicken or get stuck in a trance for the rest of your life.

Even though I am certified in it, I no longer practice hypnotherapy. It’s a skill that requires constant use and I wasn’t using it enough to stop my skills eroding.

It can be highly effective though.

The only thing I will say is,  if you go to see a hypnotherapist and he pulls out a book to read a script from (as once happened to me), politely punch him in the face and ask for your money back.

I do however use (and teach to a certain extent) NLP (anchoring and reframing are part of NLP) and it can be very useful with social anxiety.

Having said that, if you implement all of the above you’re almost certainly going to be good to go and won’t need to hire me.

Hopefully this has proved helpful if you suffer from social anxiety, but if you would like a more in-depth look at dealing with anxiety, sign up for my newsletter as I plan on sending a copy of my ebook ‘Don’t Panic’ to my subscribers very soon.

Thanks for reading and I would really appreciate any shares on social media you sexy beast.