What Are Break States, And Why Are They So Useful? 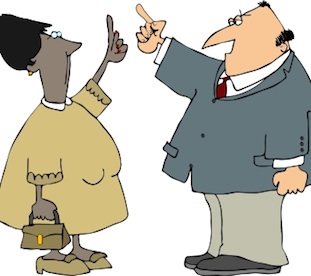 One of the most important aspects of NLP and one that almost every rapid change technique utilizes, is that of a break state.

I did a video some while ago for YouTube on using the NLP Swish Pattern to help people quit smoking.

In the video I mentioned that at the end of each run through it was crucial to insert a break state.

A while later somebody left a comment saying that I didn’t explain what a break state was, and they were right, I didn’t.

And that can be the problem with what I do, I sometimes forget that most people haven’t been exposed to the same information as I have and even things that I consider ‘the basics‘ can need explaining.

Let’s suppose you’re trawling YouTube and soon find yourself engrossed in a movie that involves a cute kitten playing with a ball of wool.

As you sit there chuckling to yourself, not even wondering why you’re on Welfare because you never get any work done, I sneak up behind you with a large foam baseball bat.

Just as you’re hitting replay for the 23rd time I drive the bat with all my strength into the side of your head knocking you off your chair and onto the floor.

Hey presto! I just broke your state (and maybe even your skull) and you’re no longer thinking of Cuddles but, “Wtf is this lunatic I’ve never seen before doing and how the hell did he get into my house?”

With certain exercises such as the Swish Pattern, setting anchors and submodalities it’s crucial that you break your state in between each stage and/or attempt.

You have to start from ground zero each time or not only is it not as successful, it may actually not work or have the reverse effect of what you were looking to achieve.

But there’s another way to use break states in self development that may actually be even more powerful.

Imagine you’re in the throes of a really bad-tempered argument with a loved one.

It started off as a minor disagreement as is often the case with such things, but soon the choice words and insults are flying as you both dig in and look to defend your position.

At this point it’s highly unlikely either of you is thinking “Hm, I’d much rather be loved that be right” you’re two busy wanting to ‘win’ the argument.

All of a sudden the phone rings and you both stop dead in your tracks and stare at the phone (your state has been broken).

You pick up the phone and cautiously answer, “hello?”

It’s a very good friend who you haven’t heard from for a while and you really want to catch up with all the news.

What Do You Do?

I’ll tell you what you do, now your state has been broken you are free to choose a new more appropriate state, so you do.

In that instant you pass through a state change that’s so rapid and so transformational that an observing alien who doesn’t understand people would be completely confused.

On hearing the other voice, all the angst, the annoyance and the bitterness evaporates as if by magic.

You just went from angry, to cautious, to happy in about 2 seconds.

Who did that I wonder?

Who decided that you were going to feel better?

Who put that extra bounce in your voice with such ease and speed?

Amazingly enough it wasn’t the Thought Police and it wasn’t really magic, it was you.

You decided that you no longer wanted to feel angry and the other person shouldn’t have to listen to you in a shouting match.

How amazing is that, the fact that you can change your mood in a split second if you really want to?

What Possible Use Could That Be I Wonder?

By the way I have started to post daily visual quotes on my Facebook page like the one below and I’d love to have you join me.