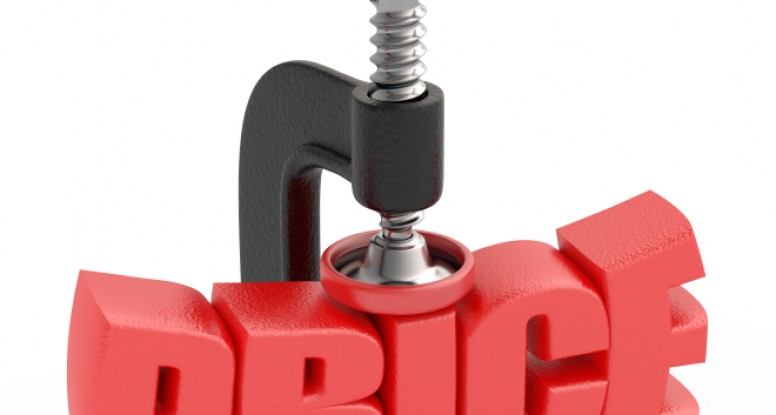 As a Life Coach that likes to walk the talk keep some balance in his life I decided to take a few days off from posting.

Rather than leave you hanging though, I thought as a warning in case maybe, just maybe, you’re considering hitting the Black Friday sales, I would repost my experience from two years ago.

This was my first, and hopefully last trip to the madness that makes up the day after Thanksgiving and I hope you can learn from my unfortunate experience.

If you are reading this in the UK you may well laugh, but remember, you have Boxing Day still to look forward to so best of luck!

By the way, you can still get Don’t Ask Stupid Questions for free. It’s an automatic download with no e-mail details needed. Just click the link. If you are reading via e-mail you may have to visit the site, honestly not sure about that.

I made a horrible mistake yesterday. It was one of those mistakes that you know is coming, you can see it grinning at you on the horizon as it marches toward you confident in the knowledge that there is nothing you can do to avoid it.

You can plan, you can procrastinate and you can sob your little eyes out but you have more chance of dodging a bank of fog than this little beauty.

I did plan, I did procrastinate and I did try sobbing in front of my wife but she just laughed in my face like a Sergeant Major laughing in the face of a raw recruit that doesn’t want to go to war.

The laughing soon stopped though because this was a military operation that required planning to the tiniest detail and she didn’t want to waste that time on a loser like me.

Quite honestly, I think I would have rather put a metal bucket on my head and gone and played golf in a lightening storm for 9 hours than put myself through the kind of purgatory that entire books in the Bible have been written about.

Fortunately, I had 2 life coaching clients in through lunchtime so my chance to demonstrate my world-class sulking ability had to be put on hold for a few hours. but once the client had gone I slipped into high gear.

In fact, short of walking round dragging one leg behind the other with the foot hanging limply at right angles I’m not sure what else I could have done to register my displeasure.

It was water off a ducks back to an old campaigner like my wife who had already been out for a 3-hour dummy run that very morning.

She’s a hardened veteran shopper that laughs in the face of anybody that can’t pull off a ten hour shopping spree without the aid of a stiff  latte and couple of readjustments of makeup.

I kid you not, we could have ten bags of shopping and she’d not to allow me to hold a single one. I’m sure people have seen us and thought “Look at that chauvinist pig making his wife carry all those bags, I bet he’s a life coach”

We arrived at 4.30pm knowing it would be quieter. Well yeh maybe it was, but then again I hear the Normandy Landings were quieter on the second day, so it’s all-relative.

I don’t like queuing to get into shops. I’m trying to give them my money and I don’t really want to stand around wondering whether the sweat patch spreading from each arm of the guy in front of me is going to meet in the middle before I get through the door.

It didn’t by the way, but it was a close call.

At one stage we were in Banana Republic and I said to Helen.  “I don’t think I have seen more than about 25% of the stuff that is in here in the real store.” We shop there sometimes and I quite like it, but the stuff here looked like an arrogant donkey had designed it.

I read some while ago that Ralph Lauren made clothing just to go to their factory outlets that never saw the light of day in a high street or mall store.

If it’s true I’m not sure about the morality of that, It seems to me that bargain hungry shoppers are being mislead at best, and lied to at worst.

After what seemed like an eternity of pain and suffering I struck a bargain with my wife that allowed me 10 minutes off to grab a nice, ice cold beer, on a warn Floridian day.

When I got to the small mobile bar I noticed all the sad faced men sat around with beers in hand staring at the floor. These men were beaten down by life and most of all, by shopping.

Nobody was talking, but I exchanged a few knowing looks from fellow victims. We were indeed brothers in arms for a few moments in time.

When the bartender tried to hand my change to the guy sat next to me he was so wrapped up in his own world that he never even noticed. He looked more likely to burst into tears than burst into song.

I wanted to put my arm round him and tell him everything was going to be ok, but I simply didn’t know that.

Maybe he had hours still to go and maybe heaven forbid, he knew that he was coming back the following day. Maybe things weren’t going to be ok.

We left the carnage what seemed like hours later. Or more to the point, tried to leave.

There was one guy that decided there was one more lane than reality suggested hitting his horn and another refusing to let him in and others trying to edge each other out and steal critical inches and save precious seconds.

Some of these people had been undoubtedly been shopping for hours yet now it seemed like every second was absolutely crucial and worth playing chicken for, in their desire to get home thirty seconds earlier.I could deal with this though, because I knew we were on the way out.

I thought of Steve McQueen digging the tunnel, knowing that freedom could be just a sock full of dirt away. I then wished I’d not thought of that particular scene because he embedded himself in a barbed wire fence and then got caught by pissed off Nazis and thrown into solitary confinement.

My mind tried to think, “Could this be a trick, do we pass any more malls on the way home that would require a quick visit for that one forgotten bargain gift or knick-knack?”

There weren’t any I could think of and I sighed. Yes I was almost home and dry and I finally felt confident enough to close my eyes and think of a calm place.