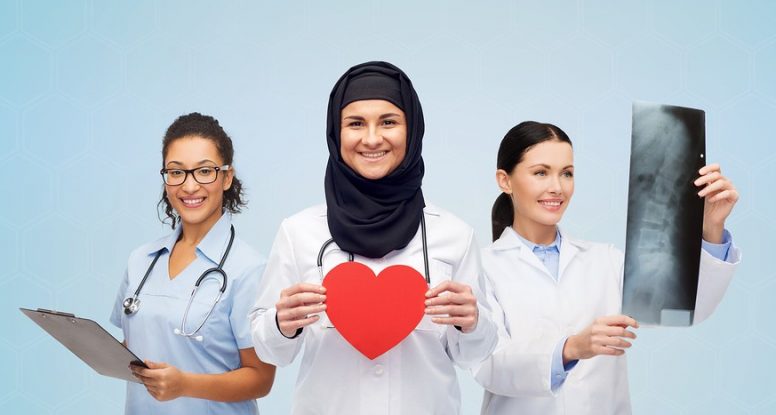 Why Racism Is The Antithesis Of Self Development

I spent a day or so in the ER this past weekend.

The details aren’t important other than to say chest pain and shortness of breath don’t necessarily mean you are about to become an ex-Life Coach and shuffle off this mortal coil.

During the time I spent there I probably came into direct contact with about 50 members of staff.

That’s a lot in such a short period of time until you realize I had 3 lots of blood taken, 2 chest x-rays, 2 nuclear medicine scans, a stress test and 2 CT scans over about a 24-hour period.

I don’t like watching TV lying in bed and my phone service was intermittent at best so between the battery of tests and being prodded and pocked I had plenty of time on my own to think.

As I lay in the hospital bed it suddenly dawned on me the remarkable diversity in terms of the people who had been there to help me.

The youngest (one of the guys who wheeled me from my room to have a scan) was probably no more than his early twenties. Whereas the oldest appeared to be in her late sixties.

But obviously it didn’t stop there when it comes to the disparate nature of the hospitals staff.

The first doctor who came to see me was judging by his accent, Eastern European. My cardiologist was Chinese and my Attending Physician, Indian. All were first generation immigrants if their accents were anything to go by.

One of the porters was from Jamaica, one from Trinidad,  another from Ireland and the rest I didn’t have long enough journey’s with to really get into a conversation about their life history.

My nurses were in order of appearance British, American (white) and African American and one of the technicians was from the Philippines and another from a Middle Eastern country, I forget which now.

I don’t think even Obama’s wildest supporter would deny that the Affordable Care Act needs some serious attention if it’s to deliver on its promises.

It’s not a disaster as one well known person would have you believe as it has saved thousands of lives, but it needs substantial changes.

I’ll tell you how you could make a total and utter disaster of it though.

Remove immigrants from the health care system. In fact you don’t even need to go that far to cause a total collapse.

Just ask African Americans to leave, or even just people from the Indian sub-continent and things would grind to a halt faster than the career of somebody selling total eclipse sunglasses.

There was never any stage where I wondered to myself whether I wanted help from the member of staff who was helping me because of their skin color, gender, ethnicity, religious beliefs or what football team they supported.

Without exception they were all super helpful and very friendly. And just as importantly, they all seemed to know what they were talking about.

But the fact of the matter is, I don’t think I’m in the least bit unusual.

I’m pretty sure that 99% of the white nationalists/supremacists (whatever) marching at Charlottesville would have been fine too.

Sure there would be the very occasional outlier who would refuse help, but I’m convinced they are such a tiny minority that we don’t need to be concerned by them any more than I am about encountering a Leopard when I walk my dogs.

Being in a situation where you need help from others is an amazing equalizer and forces us to see people as they are and not how we want to believe they are.

You may be wondering what this has to do with self development?

The answer is, a lot.

Self development is a journey of discovery with no end point. It’s an evolutionary process.

You cannot truly develop the self without developing the ability to accept other ‘selfs’. It’s entirely counter intuitive.

None of us can manage on our own, we all rely on other people every single day to survive and thrive.

And you don’t need to end up in the ER to be dependent and appreciate the help and value of others.

Just go for a meal in a restaurant, fly on vacation, go grocery shopping, take in a movie, or even just stay at home and watch a movie – none of it matters because they all involve other people.

And the truth of the matter is, we have no way of controlling who those other people are.

We cannot control their background, their values, their beliefs or their history, yet they are still very much part of our lives.

If you are into self development and are intolerant of entire groups of people based on nothing more than a few fears and prejudices then I have some news for you.

You fucking suck at self development.

And without a willingness to change and see the other side of the story, you will always suck at self development.