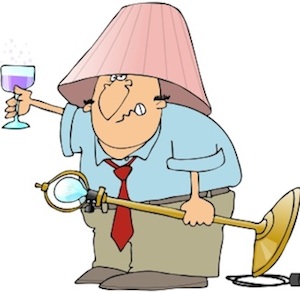 There are all sorts of weird and wonderful Life Coaching and NLP phrases I use on a regular basis that are alien to the majority of people.

If you are a regular here you probably already know what anchoring and reframing are, so today I wanted to share with your four  slightly more obscure phrases that nevertheless come up a regular basis, and explain why they aren’t quite as boring as they may seem at first glance.

Imagine there is a really cool party being held down the road and all the hot babes and luscious guys will be attending. You eagerly await your invite as a cool kid yourself and you’re crushed when it never arrives.

Obviously this has never happened to me, but if it had, I would imagine I’d react like this.

After the initial incredulity followed up by tears and a hissy fit I’d then tell myself with all conviction that the party was going to be a disaster and I’m glad I wasn’t invited.

To begin with it would feel really uncomfortable. Until that is, I convinced myself that it really was a crap party and I was better off sat at home watching re-runs of the Twilight Zone and drinking cooking sherry

Why Would A Life Coach Use It?

This is huge for me because it’s one of the things I’m looking for when I do a value elicitation.

Imagine you have a number one value of health and you’re a smoker. That is some serious cognitive dissonance you’ve got going on there and it’s my job to prod and poke you with it to help you take action.

Nobody likes the feeling and we often avoid it by lying to ourselves or moving into denial and refusing to recognize it even when it’s useful. I wont allow my clients to do either of those things and I’m more than happy to remind them when they are out of alignment with their values which is classic cognitive dissonance.

Every single piece of information you are exposed to is run through a complex set of filters before you decide what, if anything, to do with it.

This causes you to unconsciously delete, distort and generalize information according to a number of things such as your meta programs (these are the things you are born with that are hardwired such as a tendency to be optimistic or pessimistic) beliefs, values, attitude/mood at the time etc.

You have no choice but to do this because you’d go insane (even if you had the mental capability, which you don’t) trying to judge every single thing on it’s own merit.

For example, imagine as a young child you’re on vacation with family in Arizona. One morning when out on a walk you see a rattlesnake having a nap. You decide it will make a really cool skipping rope and eagerly move to pick it up.

Hopefully a family member would be quick to scream at you to leave the sleeping serpent alone with enough intensity to make you realize it’s probably not such a cool idea after all.

It’s then useful as you go through life to know that information applies to all rattlesnakes and not just your skinny friend from way back when. So the next time you see a snake you don’t decide this one looks slightly different and it’s ok give it a big hug.

That is generalizing and you do it with literally dozens of things every day.

Deletion is when you delete things from your conscious awareness. You have no choice with this as your conscious mind can only deal with between 5 and 9 pieces of information at any one time even though you are being deluged witha constant stream of information . I bet you weren’t thinking of your left buttock until you read this sentence, but now you are.

Distortion is the process of shaping what you see, hear, feel, smell or taste to fit your own reality. If you think it’s impossible for a dog to roller blade and then you see a picture of a hound doing just that on the Internet, you’ll presume it was Photoshopped because it doesn’t for your map of reality.

Why Would A Life Coach Use Them?

It’s the generalization aspect that is most useful to me although all 3 can come into play at varying times.

Everybody generalizes (and yes that is a generalization) and it is a highly useful and necessary tool. You don’t approach every new door trying to figure out how it opens, you presume that you turn the handle and either push or pull.

However, sometimes generalizing can be incredibly restrictive and counterproductive. If I hear a client start a sentence by saying;

Everybody knows that…..
Never…
Nobody ever…….
It’s always….

I know they are about to generalize and that generalization could possible keep them stuck in their current thinking.

Sometimes the act of explaining to a client what it is they are doing is enough to elicit a “Holy crap I never thought of it like that” look on their face.

I’m not saying that generalizations cannot be true, of course they can. In 1953 I could have confidently said to you, “Everybody knows nobody has ever run a 4 minute mile” and it would have been correct. However, you can see why that generalization wasn’t useful because of the presupposition that it’s a fact rather than just a belief.

Why do you think marketers runs adverts on TV and radio time and time again? Surely they could run them half a dozen times or how ever many it would need for them to hit their demographic and the message would be heard?

Think of brands such as Budweiser, Mercedes, Apple, McDonalds and Coca Cola. Isn’t just about every person in the country over the age of about 6 aware of them? Think also of some of the outrageous product placement of brands you see on shows such as 24, House and Top Chef. Is that really needed?

Well obviously the answer is yes, because huge corporations wouldn’t be wasting their money if they weren’t. The more pertinent question is why are they needed?

As individuals we make decisions differently. Some people will see an advert once and immediately act upon it and buy the product if it’s what they want, but they are in the minority.

Most people need to hear something multiple times or on an ongoing basis to act on it. Others need to see things in context or have products linked to their life style or to their desired lifestyle and these are all convincer strategies

Why Would A Life Coach Use Them?

I have to confess this is a difficult one for me because it’s not easy to implement without looking like I’m trying to fill time by repeating myself. Some clients immediately pick up on the basics of what I’m talking about, others do not.

It’s important to realize this usually has nothing to do with intelligence and everything to do with how we process information, so if you are the kind of person that needs to hear something several times before you take it on board, that’s cool.

By the way, I have a theory that there is something called a reverse convincer strategy. I swear there are local car dealerships, in fact one in particular, that assault me with TV ads so bad that I would rather eat the dog they have as a mascot than buy a car from them.

This is also occasionally called the Toward and Away From Model and it dictates that all human behavior is either driven by the desire to seek pleasure or to avoid pain. People tend to primarily be either influenced by one side of the equation or the other.

A sales person may be an ‘away from’ person that hits quotas and targets in a desire to avoid the pain of losing her job. Whereas another may be motivated by the need to earn sacks of cash and the danger of losing his job is of no real consideration.

The net result is the same, but the underlying motivation is different.

The problem with the pain and pleasure model is that many people (including some Life Coaches) misinterpret it. The reality is, nobody is entirely a ‘toward’ or an ‘away from’ person. In fact, nobody is even close, because it is highly contextual.

Imagine you have classified yourself as an ‘away from’ person and I offer you $5,000 to blow me a kiss, are you going to say no? Or you think you’re a ‘toward’ person and a rather hungry lion comes up behind you wearing a bib and with a knife and fork in it’s paws, are you going to wait for a bonus to move your ass out of there?

Why Would A Life Coach Use It?

Fairly obviously it’s for motivational purposes. If a client is not responding to me beating them with a huge gnarly stick and publicly humiliating them on Twitter for not meeting their goals, then I may have to reassess and trying and use a bit of encouragement instead.

Now you know what all these things are, how can you use them to improve the quality of your life?