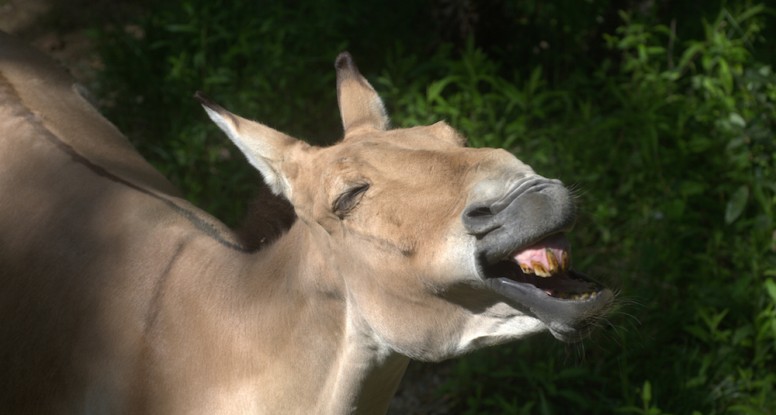 How To Make A Total Ass Of Yourself

For the last two weeks I have been running my competition to give away over $6,000 worth of Life Coaching and self development support for the next 12 months.

I made a bit of a hash of the launch and I’m going to explain why in the next week or so exclusively to my newsletter subscribers over at Coach the Life Coach so they can afford the pitfalls I encountered (mainly of my own making it has to be said).

You would think that anybody wanting Life Coaching help and somebody keen enough that they’d like me by their side for 12 months would ‘get it’ wouldn’t you.

Let me explain what I mean by ‘get it’.

When you entered you got a piece of unique short code in the form of a link that if you then posted to Social Media potentially gave you more entries.

If you shared that link and somebody clicked on it and then entered the competition with their own e-mail address, you had your name entered in another 3 times by way of thanks for spreading the word.

Now it’s certainly possible that somebody eager enough to encourage their Social Media friends to enter could have quite easily racked up a few dozen, maybe even a hundred or two entries if they had a wide network.

However, two people had waaaaaaaay more entries than anybody else.

There were a lot around the 30 and 40 mark and hundreds with single figures but the top person had more than everybody else combined!

Therefore, he or she had a better than even chance of winning.

If they weren’t so stupid that is.

And trust me, they were pretty dumb when you consider the work they must have put in.

Firstly, they used e-mail addresses that appeared at first sight to look legitimate, except on closer inspection a LOT more ended with a number such as 72 or 87 than you would expect.

This is a common occurrence with e-mail addresses, but when you get over 200 one after another it’s obvious something fishy is going on.

I have 5 e-mail addresses and none end in a double digit number.

Secondly, they used e-mail addresses with very rare names more than once.

Are Gudrun, Chauncey and Dotty such common names that I’d have 4 people of each name entering within a minute two of each another?

In fact, it seems I was about to corner the market on dealing with people called Dotty as I had 7 sign up in one day.

Thirdly, our genius made things even more obvious because he or she always left the first name field blank. (That’s where it says ‘Name Unknown‘ in the screenshot.

This does happen on occasions, people just miss it (or prefer not to remain anonymous) and rather than getting a newsletter saying ‘Hi Tim” they get one that starts just ‘Hi’.

I’m going to save the pièce de résistance on the single biggest screw up our dishonest friend made to the end to give you a laugh.

Is Cheating Really Worth It?

I get that somebody wants to win something so badly they are prepared to cheat, but it is worth considering the consequences.

The competition was set up so that people who entered were added to my newsletter list.

When somebody signs up with a false address Aweber sends out the opt in confirmation and if it bounces because it’s fake or the mail box is full, immediately unsubscribes that person.

This is to stop fraud and spamming with is effectively what this person was doing.

However, it sill adds those unsubscribes to my list count until I manually delete them (that’s why you sometimes get e-mails from lists you have unsubscribed from asking you to come back).

However, I do not save them. I figure that if somebody has unsubscribed then I should respect their wishes and leave them alone not batter them with “Please come back I love you” messages.

Before I realized what was happening with the competition the fake entries had pushed me through 10,000 subscribers barrier and cost me $70.

In the great scheme of things $70 isn’t a massive amount, but it’s how it cost me that which niggles me.

When I work with clients I get to know them very well.

When I work with them for as long as I was offering I become almost like family – minus the agenda.

Did these two people really think I’d not have cottoned on that integrity was about as important to them as a life time membership to the Ritz-Carlton Club is to a blind penguin with social anxiety and probably fired them?

Also, I’m now having to manually go through the list trying to figure out who is fake and who isn’t and that’s already wasted 2 or 3 hours  with more to come.

I’ve also had calls to Aweber to try and figure out why I was getting so many unsubscribes and my techie guy in case it was the plug-in that wasn’t working properly.

So I said I’d save the best bit to last.

I toyed with e-mailing the person and telling them they had won to see the response.

So I searched their e-mail address in Aweber to get their first name as it doesn’t show that in the competition plug-in, I just had an e-mail address with no name, and guess what?

In other words they had signed up and either not seen the Aweber double opt in (maybe it went to their junk folder) or not clicked to confirm in their haste to sign other people up!

So they were ineligible anyway.

Well it certainly made me laugh and the phrase ‘hoisted by your own petard’ came to mind.

I shall be back with a winner when I have sorted this mess out.

And if you have entered, rest assured that your chances of winning have more than doubled this morning!