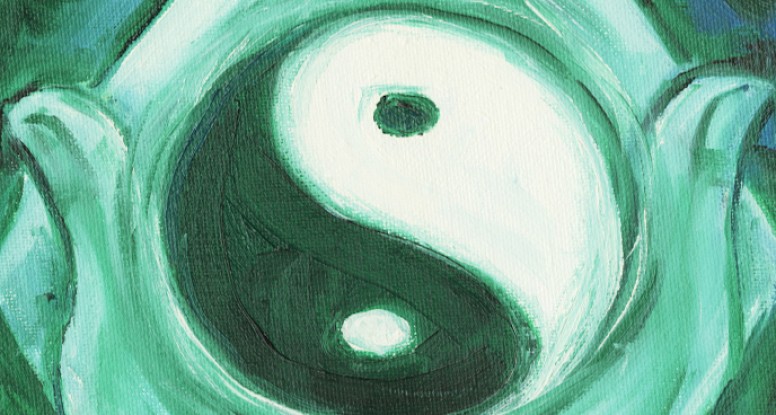 Jesus Was A Socialist

I’m not a religious person, but equally, I’m not anti-religion either.

My stance on God is similarly non-committal.

I guess I’m an agnostic.

The fact of the matter is, nobody knows about the latter and it’s impossible to accurately quantify the value of the former.

Of course some delusional souls from both sides of the debate who don’t understand the difference between a belief and a fact, will insist that they know for sure God either does or doesn’t exist.

And likewise, people who are deeply religious will insist that it’s a force for good in the same manner as people who are fiercely anti-religion will declare it’s harmful and counter productive to the well being and advancement of mankind.

It’s very easy to pick one side and start to amass evidence to support your beliefs, but it’s ultimately pointless.

People who share your point of view will continue to do so, and people who don’t, won’t be swayed.

There are tens of thousands of people out there helping those in need in the name of their religion.

There have been studies that suggest religious people tend to be happier and that prayer has similar benefits to meditation.

Also, religion gives hope in the shape of delivering a sense of purpose to hundreds of millions of people where often there would be none. And hope is a powerful force.

Religions can also bond people together and create a sense of community, commonality and belonging.

On the flip side, millions have lost their lives fighting for their own particular religion and millions more just because they had a certain belief that others didn’t approve of.

There have been many documented cases of senior people within most (probably all) religions abusing their power.

And it has been shown to be racist, sexist and homophobic in the past.

I say in the past, but sadly some of that shit is still going on.

Of course I’m generalizing. Maybe your particular religion has no history of racism whatsoever and that’s great. But few, if any, of the major religions are squeaky clean.

And the reason that’s the case is because all major religions are led by people and all people have flaws.

Just because a person has risen up the ranks of their religion doesn’t mean they can’t be greedy, selfish, egotistical and uncaring. Scan the history books if you doubt that.

For two years now I have had the title of this post in a document where I jot such ideas down. Many times I have looked at it and thought about writing it and many times I got cold feet.

And the reason I got could feet is because I know that some people will take offense at the headline and not really care what I say. 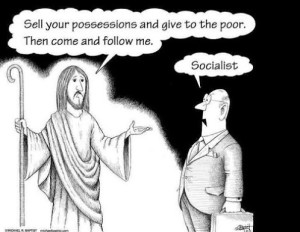 Then yesterday I stumbled upon the cartoon you see on your right and I reminded myself that taking offense is a personal choice and not one I’m able to dictate.

I’ve built my business around being as honest and transparent as I can.

What you see with me is pretty much what you get. As such, some people will like me and many will not.

Last year I had the pleasure of working with an ordained Methodist minister. We talked somewhat about religion and the message of Jesus Christ.

Something he said really stuck with me and it went something like this;

“Jesus didn’t try and convert people. He focused his energy on those people who understood and embraced his teachings and wanted to follow”

I’m not sure if I knew that and had forgotten, or I never knew in the first place, but nonetheless, it was fascinating to hear.

It was equally interesting to hear the Minister was as frustrated by the actions of some extreme people on the evangelical side of Christianity as I was.

Extremism is seldom useful or productive.

I have no idea how accurate the Bible is. I prefer to think of it as a book of self development metaphors as opposed to literal events, but that is just my opinion.

It is neither right nor wrong, it’s merely an opinion.

I know some people will be aghast at that, because they prefer to believe the Bible is literally the word of God, so if that’s you, we shall amicably (hopefully) agree to differ.

Alas, I’m no theology student and have never attended an hours bible study in my life, but I did go to a Protestant school that required R.E. (religious education) classes and trips to Church for many years.

As such, I was exposed to Christian philosophy on a regular basis, and here’s my take.

Jesus Was A Socialist

Jesus was most definitely a socialist and was a lot closer to being a communist than a capitalist.

Imagine he were around today and in a position of influence.

Firstly, and most certainly, he would be ridiculed (by the far right) and made an outcast, or even worse, Baker acted (sectioned, for those of you in the UK).

He wouldn’t be opposing Obamacare, he’d probably be more likely to be pushing for even greater reform. And he’d be sickened to see the single biggest source of bankruptcy in such a wealthy country is medical bill debt

He wouldn’t be banning homeless people from sleeping in their cars, like Los Angeles has just done.

He’d be insisting we build more shelters to house the 85,000 people who have nowhere to sleep each night.

Note: There are closer to 95,ooo homeless in Los Angeles county, and less than 10,000 places for them to seek refuse each night.

And similarly, he’d not be smiling at the people of Orlando for allowing the implementation of a law that bans people from occasionally gathering in local parks to distribute food to the homeless of the city.

He wouldn’t be happy with huge tax breaks for multi-billion dollar corporations or seeing wealthy people employ expensive and clever accountants to avoid paying their fair share of tax.

He’d not be on Pinterest posting glib comments like, “Remember to pay your taxes this year so that the Government can give your hard earned money to people who don’t want to work”.

Equally he wouldn’t be supporting the gun lobby, looking to invade other countries, complaining incessantly about immigrants and he wouldn’t be happy with an education system that is heavily tilted toward those with money and away from those with none.

And imagine if he ran for President.

Wow, he wouldn’t stand a chance!! He would be painted as some left wing nut job out of touch with reality.

I can see the attack ads now.

“Would you vote for a long-haired hippy who wants to heal the sick, teach the uneducated and feed the hungry with YOUR money? – Whatever next, the dismantling of the military????”

So we have this bizarre juxtaposition of people who support capitalism, are ok with the poor and the sick figuring things out for themselves, like to see the US wave the military big stick and want to accumulate as much wealth as possible, pretending to be followers of somebody who was the total antithesis of all that.

That just seems weird to me.

How can anybody be a Christian (i.e. a follower of Jesus Christ) yet belittle so many (and maybe even all) of his beliefs with their words and actions?

Somebody please explain this to me, because I just don’t get it.

It would be easy ( as I alluded to) to say that publishing this post had me nervous, but in actuality it really didn’t, even though I thought it would.

I know a few people will hate me and think I worship goats in my spare time, and whow knows, maybe I do. But seriously, who cares?

Feel free to agree, disagree, question my sanity in the comments.

One final note: I know that there are millions of Christians that none of the above applies to, I just wish they were as vocal as the extreme outliers who dominate the debate.