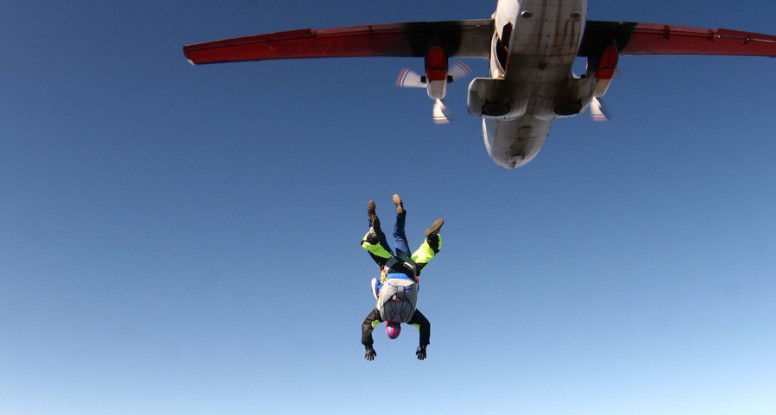 How To Eradicate Fear 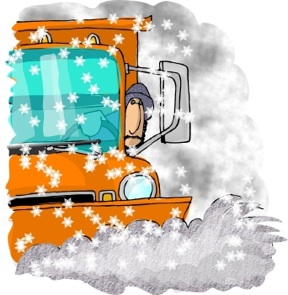 I’m going to wrap up this 3-parter on social anxiety today because it’s in danger of developing a life of its own. To minimize the length I’m going to gloss over some aspects or link to other posts because whereas repetition may be the mother of all skill, it can still bore your arse off in a blog post.

I will however collate all the material and compile a free e-book that goes into more detail before the end of the summer. As usual it will be only distributed to my newsletter readers, so sign up now!

I’m not saying that it isn’t possible to eradicate fear from your life, but I am saying it’s as close to being impossible as is humanly imaginable and I’d wager good money that more people have climbed Everest than banished all fear from their lives.

Yes, yes, the title was a cheap trick to get people to read my post, but you are way to clever to have fallen for that.

Fear has a purpose in your life, it keeps you from making all sorts of ridiculous decisions that would endanger your personal safety and also that of people around you.

For example, 1 in 1,000 people that skydive regularly are going to die a splattery death. Compare that to the odds of dying whilst bowling which are around 1 in 100,000,000, and you can clearly see why few people are shitting themselves on the way to the bowling alley, yet almost every novice skydiver is wishing they’d said no to breakfast.

The vast majority of people that die skydiving do so as a result of human error, so to be nervous is your body offering the requisite response to a potentially perilous situation and screaming,

“Focus!! That’s your mates backpack you’re putting on you fucking idiot and a packed lunch will be of no comfort when you’re hurtling toward the ground at 120 mph.!!!”

However, when debilitating nerves arise in situations that don’t pose a genuine threat they’re not helpful and action needs to be taken to stop the fear running amok.

So how do you get rid of nerves then?

The honest answer is, like fear, you probably can’t eradicate nerves altogether, nor would you want to.

Here’s a secret, but please don’t tell anybody else, because it’s classified top secret and I have signed an oath in puppy dog blood not to allow mere mortals in on it.

Many of the most accomplished speakers, musicians, politicians, business people and athletes get nervous, it’s just they don’t show it and they don’t let it stop them doing whatever it is they want to do.

How amazing and transformational is that, knowing you’re no different to some of the people you most admire?

I haven’t had a panic attack in over 5 years and what I had probably wasn’t even a full on panic attack anyway, but I still get nervous whenever I get up to speak in public or do an interview.

But that’s ok, because I know my nerves are just a reminder to focus and they usually disappear after a minute or two.

If you read the previous two posts you’ll already know that avoiding your fears will only make them worse, so as that’s not a sensible option, let’s explore some better alternatives.

I’m going to kick off with the last part of the equation because it’s the most important when talking about panic attacks , albeit less so with general anxiety.

You cannot have a panic attack and be in control of your breathing.

It is physiologically impossible to be deep breathing from your diaphragm in a controlled manner and be panicking. The two are mutually exclusive.

If you’re having a panic attack nothing I say now is going to stick with you. The last thing you’ll be thinking at the time is, “Hmm, what was it Brownson said I should do if this happened again?”, you’ll be way to busy thrashing around and thinking you’re about to die.

If you want to learn a new skill, the way you do that is first practicing it under benign circumstances.

Nobody has their first driving lesson when there’s 10 feet of snow on the ground, (unless they’re learning to drive a snow plow that is). Similarly, do not try and teach yourself deep breathing when you feel like your lungs are about to explode, because you’ll fail.

Remember what I said about soldiers in the previous post ‘You’re Not Broken’? The reason they are so good under fire is because they have practiced it again and again and again until it’s their default response.

Practice deep breathing (by that I mean slowly, from our diaphragm and making the exhale about 50% longer than the inhale) consciously whenever you get a moment to do so. The more you do this, the more you’ll be able to remember to do so when panic strikes.

It will not remove your nerves, but it will allow you to talk and breathe, which will come in handy when phoning for the ambulance.

I am not going to explain what anchoring is as I have done it to death both here and on the How To Be Rich and Happy site. If you have no idea check out this post on anchoring, or this video and you’ll soon get an idea of how it can help you.

Everybody visualizes (and when I talk about visualization I am including all the senses and not just what you see) on a regular basis. If I asked you what color your first car was you’d make a rapid visual construction of it in your head before answering me.

I say that because people often tell me they cannot visualize and 99 times out of 100 that’s not true. They may not be great at is, but that’s not the same thing and practice will cure that.

I have yet to meet anybody with an intense fear that didn’t visualize things going wrong for them on a regular basis.

It may be seeing plane wreckage on the runway, a huge snake appearing in front of them as they take a walk or people laughing at them as they stand on stage delivering a eulogy.

How about instead of visualizing things going spectacularly wrong next time you come under pressure and creating an ugly self-fulfilling prophesy, you do the exact opposite?

Think of any potential situation where inappropriate fear may cause you difficulties. Then after you have made yourself all lovely and chilled in your favorite chair or on your bed, start to imagine with as much clarity as you can, things going well, really well.

You can see yourself landing at your destination airport looking cool, clam and collected, laughing at the terrified snake as it slithers off into the undergrowth or attendees at the funeral coming up to you afterward with tears in their eyes saying how moved they were by your speech.

I’m not going into the mechanics of why this works now, but trust me, it does if you stick with it.

Be kind to yourself.

Yeh, yeh, yeh, I know I’ve said it about a gazillion and one times, and it was my runner up in the greatest piece of self development advice ever, but it certainly is worth mentioning again.

You’re made up of many parts. There is the funny you, the happy you, the miserable you, the curious you, the whiny you, the serious you, the playful you and the you that likes to help out worthy causes by buying How To Be Rich and Happy

Unfortunately most people like to bury the parts of them they don’t like. They have internal conversations that are sometimes closer to resembling battles, where they insist this isn’t how it should be.

Well tough, because this is exactly how it should be!

If you try and ignore the more needy sides of your personality they will come back to bite you. Being kind to yourself means accepting that you’re not perfect and it means not hurling abuse at yourself when things go wrong.

Observe your feelings more often rather than judging them. Be curious about what is going on because your brain is amazingly brilliant and it’s doing stuff that it genuinely thinks will help.

Occasionally like the best of us it get’s stuff wrong, but that’s never a reason to beat it up anymore than you would a child that failed a test. Respect it, talk lovingly to it and most of all, invite it to find alternate ways of doing things.

This does sound quite woo-woo to a lot of people, but seriously think about what I’m saying and I’m confident you’ll see the logic. In any event, it’s certainly a lot more sensible than repeating behaviors that have been proven to be unsuccessful.

That’s as far as I intend going for the time being because you have enough to be pondering. I’ve thrown a lot of information at you over the last 3 posts but I hope you have found it useful if you ever get anxious or panicky.

As I say there will be an e-book coming, but if you have any tips or tricks about retaining equanimity during times of stress please share them with us in the comments.

Before I go I wanted to share this video with you as I had forgotten it even existed until the other day. It was done with the help of a good friend Jerry Eisenger (he’s the voice you hear)  to promote my first book.

We presumed people would realize it was a joke, but at least one guy on YouTube thought it was serious and commended Jerry on exposing me!