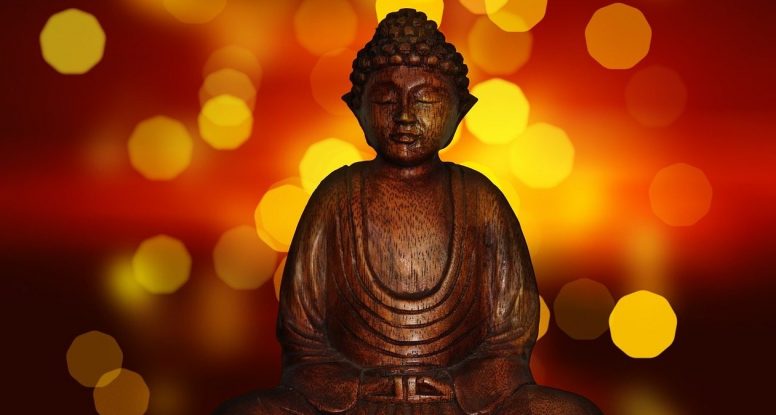 How Meditation Didn’t Nearly Save My Life

My first introduction to meditation was shortly after I moved to the US in 2006.

I was attending a two-day workshop and one of the speakers claimed that he’d have committed suicide if he’d not been introduced to meditation.

That made me sit up and take notice.

Not that I’d been contemplating suicide, but my sleep had been hit and miss since I was in my late teens and I did have a tendency to get stressed a tad too easily.

As soon as I got home I jumped onto Amazon to peruse the ironically, overwhelming selection of cd’s from meditation teachers.

One of the people who seemed to be popular and have great reviews was a Buddhist teacher by the name of Bodhipaksa.

I cannot remember now why I never read the authors bio, or even if there was one, but I was in for a surprise when the cd arrived a couple of days later.

I popped it into the cd player by the side of my bed, sat cross-legged on a couple of cushions and waited for the inevitable enlightenment.

I think it’s fair to say that I wasn’t expecting to hear a gentle Scottish lilt coming at me.

I opened my eyes and paused the cd. Surely there was some mistake and the cd had got mixed up with some other.

I’d spent quite a lot of time in Scotland on business over the years and I couldn’t ever remember encountering anybody called Bodhipaksa, or even McBodhipaksa for that matter.

I picked up the case and started to read about the teacher on the back.

It seems there was no mistake, and that Bodhipaksa, although now living in New Hampshire, did indeed hail from the land of fine whisky, kilts and deep fried candy bars.

He was given the name which means ‘Wings of enlightenment’ after 11-years as a practicing Buddhist back in 1993.

I have always had a soft spot for a Scottish accent, especially the more mellow ones like Bodhipaksa’s, so I put the cd back on and started to follow the instructions.

Since then I’ve racked up literally hundreds of hours of meditation and these days I rarely miss a day.

I have listened to dozens of teachers, some of whom were great and some not so great. Yet, when I’ve wanted a guided meditation I’ve always found myself coming back to Bodhipaksa.

I have even done a couple of live retreats with him which were both throughly enjoyable.

He has a wicked sense of humor (in a good way) and clearly cares deeply for other people.

It’s not easy making a decent living as a Buddhist teacher when you are trying to make meditation and The Dharma (the Buddha’s teachings) as financially accessible as possible.

There is now so much free material on the Internet that people have come to expect free without stopping to think how on earth that can be sustainable.

This approach has kept him going and allowed him to teach and help people who would not normally be exposed to something as beneficial as meditation.

Recently he has changed tack with Wildmind Meditation and has made the site, what he calls a ‘community-supported meditation initiative’.

Now, rather than asking for donations when funds started to run dry he has people buying shares at just $4 per month.

In return for the $4 (or more if you want) everybody gets access to all 30 of his meditation courses, future courses he develops and a monthly newsletter with meditation downloads and help.

He’s also started to build a community forum for people to share best practice, ideas and all that other good stuff people do in a forum.

You can tell by now that I’m a fan of Bodhi and the work he does and that’s why I’m writing this – I have zero to gain financially, I just want to help and I hope you will too.

Meditation hasn’t saved my life, but it has made me better at managing stress, improved my sleep and made me a far more tolerant person (except with Trump – I’m still working on that one) and Bodhi has played a big part in that.