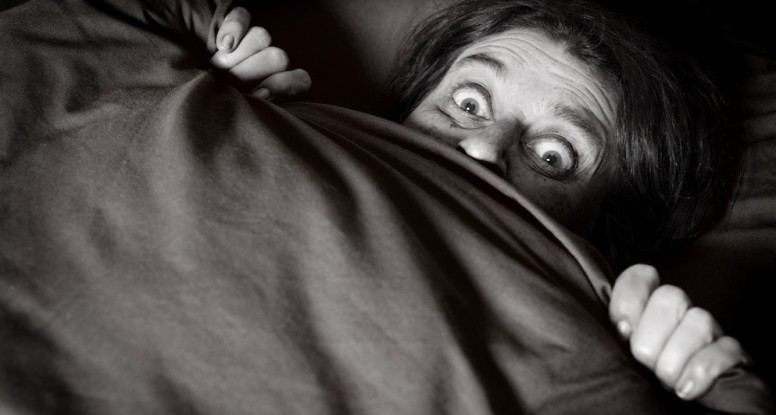 How Do I Deal With Fear?

I went to see the comedian Mitch Fatal a couple of weeks ago at the Orlando Improv Theatre.

At the end of an excellent show the host asked if anybody would like to come up on stage and tell a joke.

I immediately stuck my hand up and along with 4 or 5 others was called on stage.

I’ve never stood on a comedy stage before with all the lights glaring in my eyes, knowing there was a packed Saturday night audience in there even though I could barely see past the first two rows.

It was an exhilarating experience.

I was third to go and I stood there patiently waiting as I listened to two fairly lame jokes.

I knew my classic was going to rock the joint!

I Didn’t Rock The Joint!

What I hadn’t taken into consideration was my joke was very British in nature and contained at least two words that Americans aren’t familiar with, and also a very subtle punchline.

By the way, it’s really long so please don’t ask me to type it out. The punchline however was, ‘I’m not a real welder’

About ¼ of the audience thought it was hysterical and the rest mumbled to each other and were obviously wondering what the fuck I was talking about.

Needless to say I didn’t win.

A couple of people high-fived me on my way back to my seat, but I suspect more out of sympathy than respect for my comedic genius.

I sat down and the friend who I’d gone with and not even had chance to speak with before going up said,

“Fuuuuck, I cannot believe you just did that! I’d never have the guts to get up there and tell a joke”

On the walk to the stage I was wondering if clean underwear was going to be required when I got there.

I was concerned for the front row in case I vomited on them and I was relieved when the host said he would be keeping hold of the mic because at that stage I was shaking more than Michael Fox after 3 pots of coffee.

Fear Is Part Of Life

Fear is part and parcel of life. We need fear on a daily basis to keep us alive and help us avoid making ridiculous decisions.

Without any fear whatsoever, you’d probably not be reading this because you’d be slightly dead.

Fear is an emotion, a felling, just like curiosity, anger, anxiety, happiness, jealousy, compassion and any number of others your care to mention.

As such, it comes and goes just like all emotions do. Nobody stays stuck in an emotion or feeling forever, it’s not humanly possible.

The key to dealing with fear is recognizing when it’s real and when it’s simply your mind trying to trick you because it’s been conditioned to think stepping outside of your comfort zone represents danger.

It rarely does, which makes it such a shame because all the best fun is had just outside your comfort zone.

I was incredibly nervous walking onto the stage and for the first few moments I was up there, but I knew that fear would pass.

I knew I wasn’t going to die, get fired or lose my house. The worst that could happen was also the best thing that could have happened.

People laughed their asses off at me.

I knew nobody in the audience except my friend and it was something I’d wanted to experience for a long time.

Fifteen years ago I’d have probably had a full blown panic attack before I got to the stage – and I’m not joking!

When I first got into coaching I would look for reasons to turn down interviews and speaking gigs through sheer nerves.

Then one day I made the decision to say ‘yes’ to every offer to speak or be interviewed that came my way without even thinking about it.

It did cause one embarrassing experience when I said yes before realizing the talk was in Houston and there was no budget to even cover my expenses, never mind paying me to speak.

But for the large part it has worked and I have probably done 100+ interviews since then, including two on live morning TV.

I almost never get nervous now doing interviews – in fact for the most part I really enjoy them.

And the reason is each time I did one it became more normal and my brain finally started to realize that there’s no danger in talking to somebody on the phone or even Skype.

Unless that is, it’s Liam Neeson and you just kidnapped his daughter, in which case under no circumstances wish him ‘Good luck’.

How To Deal With Fear

You cannot defeat fear, but you can embrace it, acknowledge it and not fear it. ]

As F.D.R. famously said, ‘The only thing we have to fear, is fear itself”.

Telling yourself you’re being silly to be scared will only ever make things worse and will not help you deal with it.

Acknowledge your fear as being just another emotion. Observe it, be curious about it, ask it what it wants if you like – just do NOT fight it because that just feeds it.

I’m fairly sure that meditation has helped me a lot in understanding the impermanent nature of everything in life, including fear.

You may not want to take that approach, so how about doing just one thing per day that scares you a tad.

I don’t want you hugging snakes, tap dancing down the Turnpike or streaking naked down your local high street, but maybe you could do one of the following:

Maybe none of the above are applicable to you, but that doesn’t matter, what matters is you do just one small thing each day that gets your heart rate up a tad.

I said I never get nervous doing interviews anymore. Well I’m about to e-mail James Altucher who has agreed to come on Raw Voices Podcast and is a personal hero of mine.

Trust me, when that day arrives I shall have spare underwear to hand.

I’ll still do it though, and that is all that matters.

So what are you going to do, eh?

Tell me in the comments and no wussing out!

The next Coach the Life Coach course starts on June 14th at 12pm EST.

If you’re interested in becoming a coach yourself, or are already a coach and would like to learn some knew skills and client acquisition skills, please click here