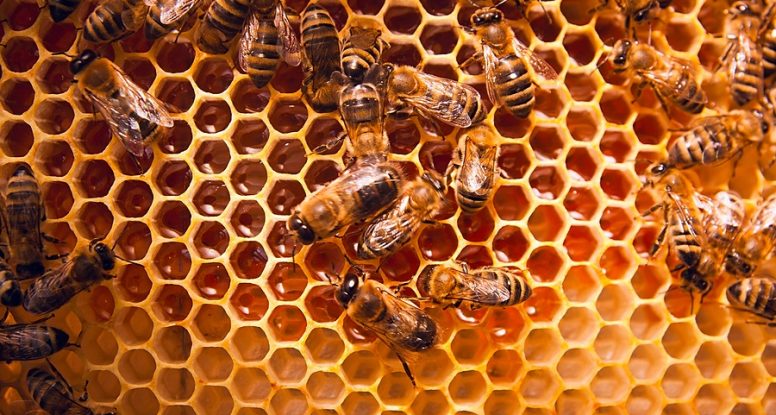 Is Fear Holding You Back?

I wonder how many times in your life you have avoided doing something because of a fear of Bee’s?

And yes I do mean those rather cute yellow and black flying insects who hang around in hives helping humankind survive by pollinating about a third of our food.

Unless by some strange fluke you have an irrational phobia of Bee’s brought on by watching mad Uncle Earnest cover his genitalia in honey and proceeded to march naked into a cluster of hives never to return when you were a child, my guess is, never.

I live in Orlando and there isn’t a large metropolitan city on earth that receives as many lighting strikes per year as we get here in Central Florida.

I cannot ever remember basing a decision other than may be getting off a golf course stat during a major storm, on the likelihood of being hit by an errant lightning bolt.

I literally go hours without soiling my pants at the thought of a billion joules of energy burning me to a crisp as I go about my daily activities.

Invasion Of The Killer Bees

Did you know more Americans die each year from bee stings than do at the hands of terrorists?

Yet to the best of my knowledge nobody has proposed  a registry of bees or decided to ban lightning from entering the United States and committed to building a roof over the country and making God pay for it.

So what’s the deal?

You need an element of fear in your life to stop you doing dumb shit and getting killed or killing others.

A lack of fear entirely will probably end up with you making an appearance on the Darwin Awards, and that is not an award you are ever going to be able to collect.

Is The Fear Real?

However, far too often people fail to analyze their fear using critical thinking to see if it’s really justified, and whether it’s serving its correct purpose.

Not going to the mall before Christmas because you were scared of some terrorist nut job going crazy with a knife or gun isn’t using fear to your advantage.

In fact the reverse is true because that is exactly how terrorists want people to react.

They rely on something called the availability heuristic which makes us believe the more we hear about some negative event (either actual, potential or predicted), the more prevalent, relevant and dangerous it is.

You were exponentially more likely to be killed driving to the mall than in it.

The national news almost never covers road traffic accidents unless they involve a celebrity because there are just too many and most people don’t care.

Statistically speaking about the same amount of American citizens died in traffic accidents yesterday than at the hands of terrorists during the entire eight-year Obama administration.

Think about that when you hear people saying we need to beef up a military that the Government spent over half a trillion dollars in 2015 – more than the next nine countries combined.

And almost ten times its discretionary spending goes on the military than on healthcare.

Everybody gets sick at some stage, yet only a tiny fraction of us get involved in military conflict and an even smaller amount injured or killed.

I’ll stop this from turning into a rant, (although I may be too late) and get to the point.

Is Fear Holding You Back?

I have had two conversations with clients recently where literally the only thing holding them back from starting to move toward their dreams was fear.

Neither wanted to be lion trainers, crab fishermen or the holder of Donald Trump’s Twitter account password in the hour after the Mexican President has publicly told him he’s more likely to blow a squirrel than pay for his wall.

One wanted to be a motivational public speaker and the other a doctor.

Both clients had allowed their fear to run riot and severely cloud their judgment to the point that neither could even clearly enunciate what they were concerned about to begin with.

If you’re scared of doing something that you really want to do, the first thing to do is to isolate the fear.

Ask yourself, ‘If I wasn’t fearful of moving along this path, would I do it?’

I’m going to presume that you get the answer, ‘Damn straight i’d do it Skippy!’

So now ask yourself, ‘What am I afraid of?’

Write down the answer and follow up with, ‘What else am I worried about?’

And keep asking that question until you cannot think of anything else. I highly doubt you will have a list of more than two or three reasons and it’s more usual to be one thing.

Now comes the bit where you have to be brutally honest with yourself and break down each fear individually by asking:

All of those are genuine concerns that shouldn’t be ignored, but there really aren’t that many questions that carry that kind of weight.

Being nervous about standing in front of people is a lame excuse.

I have helped a lot of people overcome the fear of public speaking. It’s way easier than people suppose, contact me if you need help.

Having to scale back your spending or even downsize your house is another lame excuse because there is no real danger.

Suck it up buttercup. If you’re not prepared to make sacrifices then you don’t deserve the rewards that come to those who do.

My wife is currently studying for her oncology doctorate which means we cannot afford the horse she’d dearly love until she gets qualified.

We also can’t afford as many trips back to the UK to see family as we’d ideally like and a lot of her vacation time is spent in clinical placement rather than relaxing.

There was fear for her about how tough all this would be, but she did it anyway.

Let me tell you a secret.

Pretty much everybody gets scared on occasions. Being brave isn’t the absence of fear, it’s the recognition of that fear and the refusal to allow it to stop us doing what we want to do.

If you make all your decisions from the position of fear you are, for the most part, going to make poor decisions because fear will keep you locked inside your comfort zone.

Isn’t it time to break out?