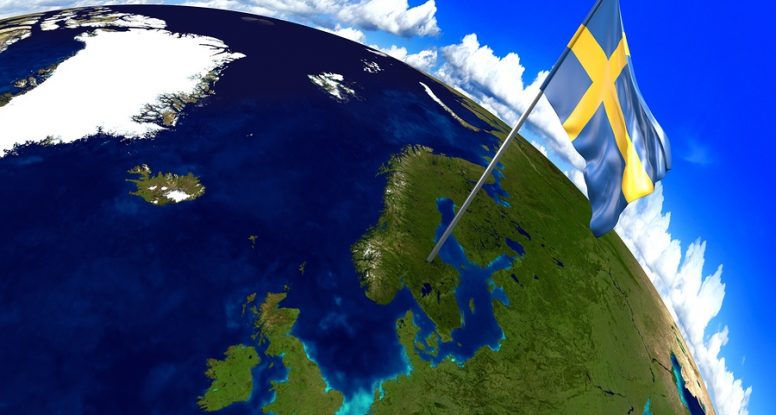 What We Can Learn From The Sweden Incident

I was half paying attention when Donald Trump when speaking on terrorism in Melbourne, Florida, mentioned the Sweden Incident.

Sweden and terrorism didn’t quite go together in my mind.

I wound the DVR back thinking I must have misheard.

Maybe he was referring to the Scandinavian country as being a great example of superb public health care, state benefits and flat packed furniture.

But no, I hadn’t misheard.

When talking about terrorism Trump was urging his supporters to, ‘look what is happening last night in Sweden. Sweden of all places’.

And just in case you think I don’t know my past from my present tense that’s an exact quote.

‘Wow’ I thought, I had no idea that sleepy Sweden home of the Volvo, Abba and furniture that NASA cannot assemble correctly had been home to a terrorist attack.

I needn’t have been, because like the Bowling Green Massacre mentioned numerous times by the hapless Kellyanne Conway and the terrorist attack in Atlanta mentioned by Sean Spicer, it never happened other than Trump’s increasingly fragile mind.

After Kellyanne Conway mentioned The Bowling Green massacres, there was a lot of press coverage.

That coverage diminished somewhat when Spicer mentioned Atlanta in interviews on ABC and MSNBC and then again in a White House press briefing.

Earlier this week Trump claimed in a live TV press conference that was much closer to being an 80-minute rant by a naughty child, that he had had the biggest electoral college victory since Ronald Reagen.

When a reporter advised him that President Obama won more electoral college votes in both his victories, Trump said he meant the biggest Republican victory.

Then when the reporter pointed out that George Bush snr, won more than he did, Trump responded with, ‘Well that’s what I heard.’

This morning (Sunday) Trump’s latest non-sensical ramblings didn’t even make the main headlines of CNN or USA Today and was barely picked up at the time by the satellite news services.

Do you know why?

Because Trump and his acolytes are normalizing lying.

Imagine you’re in court wrongly accused of murder. You get up to be cross examined and the prosecuting attorney says, ‘I heard your mom thinks your guilty, is that true?’

Before you have a chance to respond, your defense screams out, ‘Objection, hearsay!’

The judge bangs her gavel and shouts’ Sustained, strike that from the record.’ She then turns to the jury and says, ‘Please disregard that remark.’

Only they can’t. It’s literally impossible without a mountain of contrary evidence.

You Cannot Unhear Something – Even When It’s Bullshit

We cannot unhear something and all the cognitive biases we hold conspire to make us think there’s probably some truth in it.

There will be people in this country who think there was a Bowling Green Massacre, that there was a terror attack in Atlanta and will be telling friends to be thankful they don’t live in war-torn Sweden.

But Trump isn’t the only person who has normalized lying. It’s highly probable you are too.

Hopefully you don’t accept that lying to others on a regular basis is an acceptable form of behavior, but what about lying to yourself?

How many times have you lied to yourself that you’re not good enough?

Or that you cannot feel happiness without x, y and z?

Or that your life is meaningless?

Employ Your Own Fact Checkers

For the most part you will not know you’re lying to yourself either because you rarely get out your own fact checkers and question your beliefs.

Isn’t everybody good enough? If not, doesn’t that mean nobody is?

Doesn’t happiness emanate from the inside? If not, why do material things not make me happier for more than a short period of time?

Doesn’t everybody’s life have meaning? If not, are we not all capable of helping others, even if it’s only with a random act of kindness or a smile? Isn’t that meaningful?

I’ll be honest, although it will hardly come as a surprise to you, I’m struggling with Trump and I don’t care who knows it and how many clients it costs me.

But, if we can reframe the situation by learning from him and vow not to be like him, then doesn’t that soften the edges somewhat?

Over to you in the comments, with your commitment to always use the truth, the whole truth and nothing but the truth when talking to yourself.